Greetings in the name of the Lord Jesus Christ! I am Dr. Jason Garwood and I serve as an elder and teaching pastor of Cross & Crown Church here in Warrenton where we teach and promote all of Christ for all of life. I am a smitten husband to Mary and the father of three remarkable children. I love Fauquier County and I hate tyranny.

[Can I just tell you how remarkable it was to be with the thousands of you who gathered at the Fauquier County Board of Supervisors meeting back in December when we called on the board to enact a much stronger resolution declaring this county to be a 2nd Amendment Constitutional county. And then just last month at the 2nd Amendment Lobby Day-rally in Richmond…when we gathered with tens of thousands of freedom-loving, gun-owning Virginians to send a clear message to the general assembly that we will NOT be trampled on.]

In light of these events, we must be vigilant and we must learn the lessons of history. On August 24, 410, the warlord-King Alaric I led the Visigoths into Italy and sacked Rome. Saint Jerome wrote in response to the major event: “Who would believe that Rome, built up by the conquest of the whole world, had collapsed, that the mother of nations had become also their tomb?” He wrote elsewhere: “The city which had taken the whole world was itself taken.”

We might take St. Jerome’s words and apply them to our day. Is this not America? The land of the free and the home of the brave? Could it be that like Rome we have assassinated our children in the womb, allowed the slow-boil of tyranny to perpetuate, all while we enjoy our bread and circuses? The world watches America very closely. My time in Africa the past two years has proven this. I always tell them, “I wish America was the country you think it to be.” And what do they think it to be? A bastion of light and freedom; a place of justice and righteousness—a place of wealth and opportunity.

It is true. We are a lot of those things, or at least there is still a flicker of those things left. America is a great experiment, something the world had never seen before. Checks and balances? Decentralization in the form of States and states rights? The electoral college as a guard against tyranny of the majority?  A bill of rights? I mean, come on! The right to free speech? The right to assemble? The right to keep and bear AR-15’s and .45 caliber pistols? The right to due process? If you want power and control, you can’t have these things. And yet our founders didn’t want the same power and control tactics that the King had. They wanted something altogether different.

All of these things are Christian principles, by the way, and lest we give ammo to our oppressors, we would do well to remember that God gives us rights, not the documents. Documents acknowledge the rights already given; they don’t grant us these things. Man does not get his freedom from other men. Man gets his freedom from Almighty God. Which means we cannot govern ourselves into more liberty and prosperity; only God can give us the liberty and only God can give us the prosperity.

So what is the state of affairs here today in Virginia and Fauquier County? There are threats to remove our gun rights and our rights to maintain militias made up of the body of the people, which were enshrined in our constitution in order to keep tyranny in check. There are threats against our medical freedoms and parental rights through forced vaccination, even now with the HPV vaccine being added to the list of mandatory injections. Quarantine of the sick is well and good, but whether you are pro- or anti-vaccine, what kind of country can claim to be free while forcing parents to have their healthy children injected with substances against their will or else face public banishment? Substances that we do not know the long term effects of, and substances that we know create serious adverse reactions in at least some children, and we have no process in place to identify which children are more at risk prior to the injection?

It should not surprise us that when our 2nd Amendment and medical rights are trampled on, that our government is emboldened to trample on our property rights. We are taxed to our wits end, a level that would have made people throw far more than tea into the harbor. As a nation we slip further and further into debt and both sides of the aisle are to blame for it. In short: tyranny is among us and the temperature continues to be turned up.

How did we get to this point? All the tyranny that we experience today is the fruit of our nation rejecting God, forgetting his law, forgetting his authority, and everyone doing what seems right in their own eyes. It pains me to say this, but by and large the Church of Jesus Christ is to blame because we have disengaged from the world and too many of us are content to sit back and watch it burn, expecting, perhaps, to receive a pat on the back from Jesus some day.

We have forgotten God’s calling on the government, which has the very limited purpose if enforcing justice, not to become a substitute Messiah to set up a cradle-to-grave, welfare nanny-state. Romans 13 teaches us that rulers are to be a terror to bad conduct, not good. Those who do what is evil should be afraid of rulers. But rulers who are terror to good conduct, and ignore bad conduct, are not true authorities, nor are they servants of God. They should be resisted.

We have forgotten the doctrine of lesser magistrates, thinking that we need to placate tyrants rather than resist them as Moses resisted Pharoah, or how Daniel defied the King. How does this translate to us here in Fauquier County? Commonwealth attorneys don’t have to prosecute bad law; sheriffs don’t have to enforce bad law; and jury’s ought to reclaim the gift of jury nullification so as to discharge their neighbor from any guilt associated with bad law. Part of the reason we’re in the mess that we’re in is because we have tried to appeal to common sense while politicians are bought and sold by Big Abortion, Big Pharma, Big Food, and Big control (I’m looking at you, Michael Bloomberg). You simply cannot appeal to common sense. It doesn’t work when you lack objective standards! One man’s common sense is another man’s tomfoolery. Common sense is great when the common sense is to be good and not evil. What happens when that is flipped on its head and good is called evil and evil is called good? Today, it is ‘common sense’ to be evil and control people. We need the objective standard of God’s law or we will continue to reap what we have sown.

So how do we to move forward? You cannot unscramble the egg nor can you un-bake the cake. You have start over using the proper ingredients. The answer cannot be to solely elect better people, though that is an ostensible answer that may do some good for the moment. We do want better people. But there has to be more than this. There has to be more to the recipe than slowing down the bus as it heads towards the cliff.

The answer is found in Deuteronomy 8. Here God had warned his covenant people not to develop theological amnesia. Don’t forget God’s authority! They were not to forget that God was the one who gave the blessing. God is the one who orchestrates all of history and he does so with the intention of gathering a people for himself and his kingdom. Israel was told to do good; to obey the gracious law of God, “Otherwise,” verse 17 says, “you may say in your heart, ‘My power and the might of my hand have gained me this wealth’.”

Benjamin Franklin was once asked by a lady, “Well doctor what have we got, a republic or a monarchy?” Franklin replied, “A Republic, if you can keep it.” What Franklin and the founders knew was that tyranny gladly fills the void when good men and women abdicate their responsibility. When we refuse self-government, tyranny sees an opportunity. The Founders also knew that morality was essential to the Republic. “If you can keep it…” As in, if you have the moral fortitude to fight for your rights. If you have the intrepidity to declare that the state is not God.

The word of God speaks directly to rulers in Psalm 2: “Now therefore, O Kings, be wise; be warned, O rulers of the earth. Serve the LORD with fear and trembling. Kiss the Son, lest he be angry, and you perish in the way. For his wrath is quickly kindled. Blessed are all who take refuge in him.”

We need to realize that what we have right now in Virginia is a theocracy whose god is morally defunct and inept. It is never a question of IF there is a theocracy, but WHICH theocracy will win the day? Which god will serve as the informant on what constitutes freedom and liberty? Will we give the god of the secular state permission to instruct us on what is right and wrong? To legislate draconian measures that chip away at the foundation of our freedom? Or will we declare the authority of the Lord Jesus Christ over the halls of Congress, over the White House, and over the Supreme Court? Newsflash: The Supreme Court is not the Supreme Being.

Christians think they’re doing the world a favor by ceding the powers of government to a secular theocracy and retreating inside the four walls of the church. Well, let’s ask ourselves: how has this turned out? Look at the fruit! When your only choices are repentance or tyranny, you repent. This requires humility of disposition and the admission of guilt. But what’s great about that is the fact that the Lord Jesus Christ welcomes us to find refuge in his wings, and instructions in his Word.

So, what do we have in Fauquier County, the Commonwealth of Virginia, and the United States of America? A Republic if you can keep it. Freedom if you can keep it. Liberty and justice for all—if you can keep it. And how can we keep it? Stop doing what everyone thinks is right in their own eyes. Turn in repentance and faith to the living God in the face of Jesus; turn to the blueprints of his most excellent law-word, and offer up a much better vision for our children than the tyrannical false god we now live under. And let’s work together for the sake of freedom: If we can keep it. 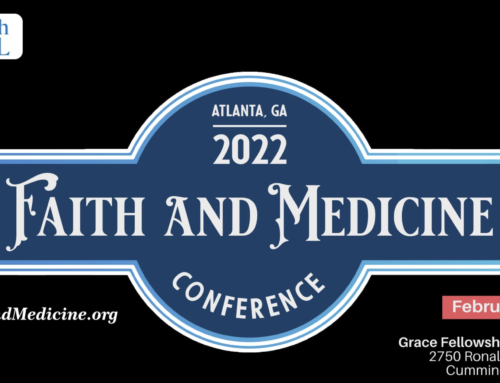 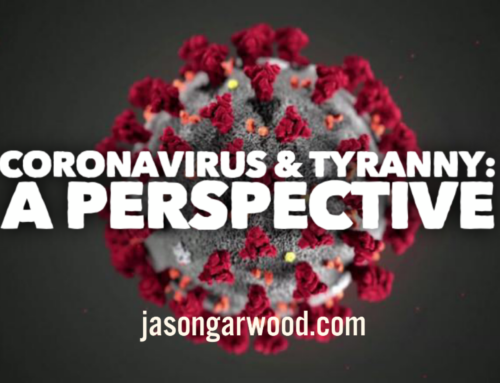 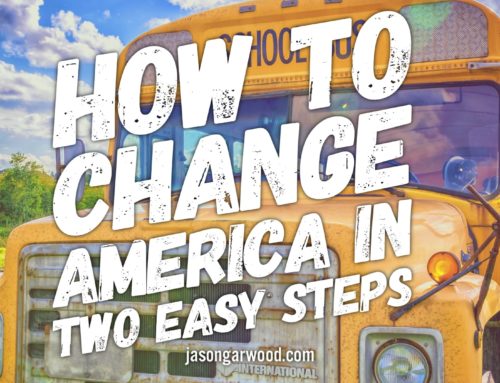 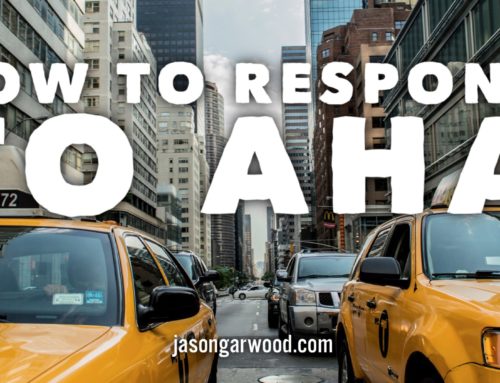 How to Respond to AHA

How to Respond to AHA