Another year, another stack of books. In 2022, I spent considerable time delving into a field I had only merely scratched the surface on, that being the field of philosophy–or, more specifically, Reformational/Calvinistic Philosophy. The trailblazer of this exciting field was Herman Dooyeweerd and contrary to what some might expect, his insight does (and should) dovetail with Christian Reconstruction (something I hope to write on some day). At any rate, listed below you’ll find a wide-range of books, many of which I would recommend to you. I also added a few of the ones I’m nearly finished with, and some of the ones I hope to read in 2023. Did you read any of these? If so, which ones did you like? What other books landed in your top five or ten?

1 – Who is the Holy Spirit? by R.C. Sproul — Part of the ‘Crucial Questions’ series; very well done.

2 – The Work of the Holy Spirit by Richard B. Gaffin, Jr. — A small booklet from the OPC. Pretty solid introduction.

3 – Holy Spirit Power by Charles Spurgeon — What a delight! My soul was repeatedly stirred.

4 – How Should We Then Live? by Francis A. Schaeffer — Superb.

5 – What Happened to the Human Race? by Francis A. Schaeffer — Really good.

6 – Saving Natural Theology from Thomas Aquinas by Jeffrey D. Johnson — Some good points. I have my share of issues with Aquinas, but it’s going to take a lot more to deal with him.

7 – A Christian Manifesto by Francis A. Schaeffer — Excellent. And timely. Second time through. (Finished up his Works.)

8 – Paul at Athens by Cornelius Van Til — Fantastic little booklet.

9 – Herman Dooyeweerd: The Life and Work of a Christian Philosopher by Marcel E. Verburg — Lengthy and very detailed! An enjoyable read despite being less biographical and more of an assessment of Dooyeweerd’s thought.

10 – The Philosophy of Herman Dooyeweerd by D.F.M. Strauss — A great overview, however, one would need to know much of Dooyeweerd’s philosophy before digging into this one.

11 – Gashmu Saith It by Douglas Wilson — Probably one of my least favorite books of Doug’s. It had a few noteworthy nuggets but it really doesn’t dive into “How to build Christian communities that Save the World.” Epic title, though.

13 – Sanctification of the Sabbath by Robert Haldane — Short but good. Highly recommend it to you.

14 – Contours of A Christian Philosophy by L. Kelsbeck — An outstanding analysis of Dooyeweerd’s Philosophy of the Cosmonomic Idea. Probably the best introduction out there.

15 – The Confessional County by Raymond Simmons — Excellent resource! We still need to deal with the legitimacy (or not) of the Lockean form of government and what God would have the “magistracy” truly look like in a nation. The classical two-kingdom guys are winning the argument at the moment.

16 – The Collected Works of H. Evan Runner, Vol. 1: The Christian and the World — Excellent! Runner has some tremendous insight.

17 – We Are All Philosophers by John M. Frame — Overall a pretty helpful little introduction, however, just when some of the chapters were getting heated up, Frame decided to wrap things up. I get it: it’s hard to simplify and shorten these concepts.

18 – Thine is the Kingdom by Paul Marshall — Overall: pretty good. Some application points were driven more by conservative “value/principles” than theonomic ethics.

19 – The Lord’s Supper by Keith A. Mathison — Excellent! Needs a bit more paedocommunion, but this is a wonderful resource.

20 – The Trinity and the Vindication of Christian Paradox by B.A. Bosserman — Outstanding. A mind-blowing refinement of Van Til that is certainly most welcome in advancing biblical presuppositionalism. I plan to read this again, but I’m holding out for the Logos Bible Software edition.

22 – The Real Anthony Fauci by Robert F. Kennedy, Jr. — Wow! If only all Americans (and the rest of the world, frankly) grasped the absolute debauchery of Fauci, Gates, and Big Harm-a.

23 – Tyrants Are Not Ministers of God by Robert E. Fugate — I’m largely in agreement with Dr. Fugate here, especially as we both arrived to similar conclusions regarding Leviticus 13-14 as it relates to quarantine laws. We may, however, differ on what the “civil magistrate” should look like. Either way, it’s a great book! I also interviewed him on C&C radio, for those interested.

24 – House Divided by David Green, Edward Hassertt, and Michael Sullivan — A compelling response (in some parts) to Reformed futurists. We still have a ways to go with eschatological studies. While I’m not convinced that full-preterism has all the answers, they do have some answers.

25 – Wisdom for Thinkers by Willem J. Ouweneel — Outstanding! This is up there with Kelsbeck’s introduction to Dooyeweerd.

27 – Real Christianity by William Wilberforce — This modernized version was superb. Getting back to basic Christianity is the need of this hour.

29 – Bible Matrix by Michael Bull — Fascinating observations. Some conclusions seem like a stretch, but the patterns and chiasms of scripture are undeniable.

30 – The Crisis in Humanist Political Theory by Herman Dooyeweerd — More challenging than some of Dooyeweerd’s other work, but still very, very good.

31 – Moses and the Revelation by Michael Bull — A head scratcher….in a good way. Bull has some great insight to the book of Revelation.

32 – The New Legality by Hebden Taylor — Second time through; a very important work!

33 – Reforming Marriage by Douglas Wilson — Outstanding; my second time through. A great resource for pre-marital counseling.

34 – The Collected Works of H. Evan Runner, Vol. 2: Walking in the Way of the Word by H. Evan Runner — Excellent. His talks on “Thesis, Antithesis, and Synthesis” are formidable.

35 – What is Calvinistic Philosophy? by J.M. Spier — Simply masterful. Stands right next to Kelsbeck’s introduction.

36 – Dutch Reformed Theology by David Wells (Editor) — A short but insightful look into the Dutch thinkers who have done incredible things for the advancement of Christian theology and philosophy.

37 – The Folly of Unbelief by Daniel Akande — Lots of great content on Van Tillian presuppositionalism. Poor formatting, not the best writing style. Still recommend it, though.

38 – The Lord’s Supper by Thomas Watson — A true Puritan gem.

39 – Disciple the Nations by Stephen C. Perks — Very good. Perks identifies some major holes in modern-day ecclesiology, however, his solutions could have been spelled out more practically. How exactly do we build apostolic communities? What is the relationship between the church as institute vis-a-vis the church as apostolic assembly & social order? Etc.

42 – Priorities by James C. Petty — Very small booklet with some helpful categories for those needing to better learn time management.

43 – Duties of Christian Fellowship by John Owen — Superb little book on our obligation to one another as a church community.

44 – The Covenantal Life by Sarah Ivill — A short but good little book on the intersection of covenant theology and covenant community.

45 – Pleasing God by R.C. Sproul — A quick, drive-by reading, but well worth it! It’s not one of Sproul’s better known books (it seems), but it’s a good one.

46 – Life Together by Dietrich Bonhoeffer — Simply outstanding. First chapter is 🔥.

47 – Christian Nationalism by Andrew Torba and Andrew Isker — I agree with the Andrews: the Left is full of demons and their worldview is garbage. I also agree that the only answer is the victorious gospel of Jesus Christ our King. I’m pretty much on board with everything except for the Foreword/Preface which was weird. One thing we do need, however, is to sort out some of what we mean. For example, are we just trying to baptize the pagan pluralism the USA was built on, despite much Christian influence? If so, I would say we’re not obeying the Great Commission by teaching nations to observe the law of God. Christian “Nationalism” is going to require a very clear vision for the social order when the globalists fail. This was a great “pep talk,” but it’s far from being a manifesto. That book hasn’t yet been written.

51 – Reform Your Mind by Josué Riechow — Had to go back and read this a second time so I could highlight some stuff. Highly recommend!

52 – When Narcissism Comes to Church by Chuck DeGroat — Overall, a great assessment of narcissism and its internal/external challenges both for individuals and churches. The only bothersome thing was the author’s obsession with women pastors, and, apparently, holding to male-only eldership and pastorship is abusive theology. Other than that, a good analysis of narcissism.

54 – There is Eternal Life for Animals by Niki Behrikis Shanahan — Bad eschatology but great insight on the importance of animals in God’s covenantal economy.

55 – Empires of Dirt by Douglas Wilson — Second time through. Given the recent brouhaha and temerity surrounding Christian nationalism, I wanted to review this book once again. As far as I understand it, Doug has another book coming out called Mere Christendom which will dovetail (to some degree) with Wolfe’s The Case for Christian Nationalism.

56 – The Collected Works of H. Evan Runner, Vol. 3: Point Counter Point by H. Evan Runner — His talk/chapter on humanism in relation to Christianity is phenomenal.

58 – Everyday Prayer with the Puritans by Donald K. McKim — A wonderful resource on prayer! I’m going to check out his other one involving Calvin.

60 – Be Thou My Vision: A Liturgy for Daily Worship by Jonathan Gibson — I went through this a couple times in 2022 and found it to be really fruitful. It’s one of those that I think I’ll use here and there each year.

61 – The Valley of Vision: A Collection of Puritan Prayers & Devotions edited by Arthur Bennett — This should be in your repertoire every year. You can follow this reading plan, which is how I’ve approached it.

62 – The Shepherd Leader by Timothy Z. Witmer — Excellent resource. Really gets to the heart of shepherding.

63 – Church Music and Other Kinds by Douglas Wilson — Four stars(ish). Great thoughts albeit sometimes the wordsmithy thing is like having a hot, chunky stew placed before you at the dinner table and your response, upon first glance, is, “What exactly is in this?”

64 – I Have a Confession by Nathan Eshelman — A really helpful introduction to the Westminster Confession of Faith. Would be a great gift for introducing people to confessionalism.

What is Christian Reconstruction?

What is Christian Reconstruction? 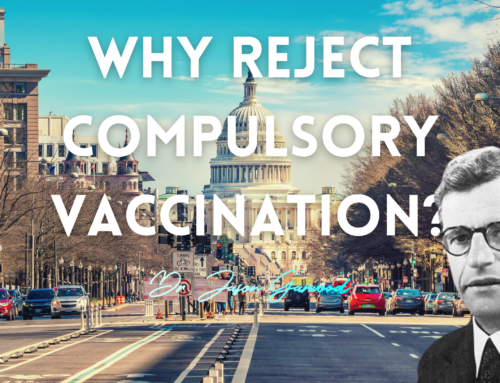