After a short break from this series (vacation happened, thankfully), I thought it would be good to jump back in with yet another misunderstood verse: John 6:44. It reads this way in the English Standard Version:

“No one can come to me unless the Father who sent me draws him. And I will raise him up on the last day.”

A commonly held belief it seems (a broad brush stroke, I know) is that God elects/predestines people after He looks down the hall of time, sees that they exercise their “free will,” and only chooses those that choose Him. (This robs God of His sovereignty, by the way, because it means that God has to go looking down the hall of time to find information that He didn’t have. There is no point in eternity past where the Divine Godhead needed to explore information because they somehow didn’t possess it. God knows everything immediately by virtue of His very own nature. Stated in the negative, it is impossible for God to ‘not know’ things. People who purport this view have confused the God of the Bible with the god of Open Theism).

Coupled with this belief is the often-held assumption that God draws all men to Himself. The “all,” it is believed, is every single person on the planet. In other words, this verse is cited as a proof-text to the position that says that God draws everyone the same, and it is up to mankind to respond to God’s wooing. But is this what the text says? More importantly, is this what the context teaches? The answer, in short, is no.

Context
Let’s start with the surrounding verses. Back in John 6:35 Jesus says that He is the “bread of life,” and that “whoever comes” to Jesus will never hunger or never thirst. This is eschatological salvation. The hunger and thirst that only sin promises are defeated with Christ’s coming, and Christ’s kingdom. Salvation is compared to bodily satisfaction, like food and water.  And yet some do not believe! (vs. 36). Jesus goes on to say, “All that the Father gives me will come to me, and whoever comes to me I will never cast out” (vs. 37). If someone comes to Christ, He will never, ever cast them out. Why? Because they are compelled to come. Why is that? Because the Father gave them to Jesus (cf. Jesus’ prayer in John 17:9 where Jesus prays for only those the Father gives Him).

Jesus goes on to say that He came to do the Father’s will (vs. 38), and that will was for Jesus not to lose what the Father gave Him, but instead raise it up on the last day (vs. 39). What else is this will Jesus came to do? John 6:40 reads, “ For this is the will of my Father, that everyone who looks on the Son and believes in him should have eternal life, and I will raise him up on the last day.” Those who believe look on the Son, and are saved/resurrected. How do they believe? The Father gives them to the Son. But what has to happen in order for THAT to take place? They have to be drawn by the Father.

Exegesis
As the translation shows above, there really is no discrepancy in Jesus’ words. Those words mean what they mean. No one will believe in Christ, the Son of God, unless the Father draws him. All those who are drawn are raised up on the last day. This verse is not unclear: NO ONE (the totally depraved sinful mass of humanity) IS ABLE (literally, “has the power”; dead people do not wake themselves up no matter how free the gift is) TO COME TOWARDS CHRIST (in a salvific sense, sinners do not have the power to incline themselves to the things of God in Christ) EXCEPT ON THE BASIS (there is no other condition possible “unless”) THAT THE FATHER DRAWS HIM (God the Father must “drag,” or “haul” that person through the power of the Spirit to Christ). Once that happens, the sinner is then saved by the blood of Christ and deposited with the Holy Spirit, sealed for resurrection life to come.

There is, however, a much disputed word in the text. That word is helkysē. The word means, “to pull or drag, requiring force because of the inertia of the object being dragged.” It also means to compel with irresistible authority. It is well-known that the image of a bucket being drawn from a well fits the historical context of the word. What some try to say is that God woos people, like a carrot held out in front of a donkey. I’ve also heard it explained that the Holy Spirit “yanks on someone’s heart,” like a lover trying to flirt with someone he likes, and that this “wooing” process helps wake up the “sleeping sinner” (he’s actually dead) to engage His so-called “free will” and then choose Christ. The problem R.C. Sproul once noted (I forgot where I heard/read this) was that you don’t stand at the well and say, “Here water, water, water!” You have to put the bucket down there and then pull it up…by force. Of course it requires inertia! A related word is hinted at in Acts 14:19 when Paul was stoned and “dragged out of the city.” They didn’t ask him to go, they made him!

Conclusion
The reality is, you only have one solid, exegetical answer to this. Either God draws all men and all are saved (the heresy of Universalism), or God draws some men (the ones He gives to the Son) and raises them up on the last day. You can’t focus on the first part (the act of drawing), and read something into the text while also ignoring the latter part (being raised). “All,” (remember, it doesn’t mean everyone in the world!) who are drawn are raised up with Christ on the last day. Not everyone is raised to eternal life, the implication being that not all are drawn.

I realize the frustration this brings people, as God is oftentimes criticized as being “unfair.” But Paul says, “Who are you?” (Rom. 9:20) Is your system of justice more perfect than God’s?  The miracle is that He draws anyone for none of us deserve eternal life.

No one will come unless drawn, and unless God draws, no one will come. Jesus points out again in John 6:65 that, “no one can come to me unless it is granted him by the Father.” Why? “It is the Spirit who gives life; the flesh is no help at all. The words that I have spoken to you are spirit and life” (John 6:63).

About the Author: Jason Garwood

Rev. Dr. Jason Garwood serves as the teaching pastor of Cross & Crown Church in Northern Virginia. He is husband to Mary and father to three children. His passion is the gospel, and his desire is for the social order of the Kingdom of God to be present in the here and now. His motto: All of Christ, for all of life. 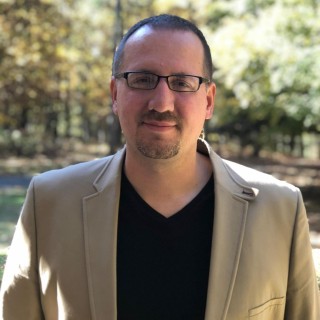